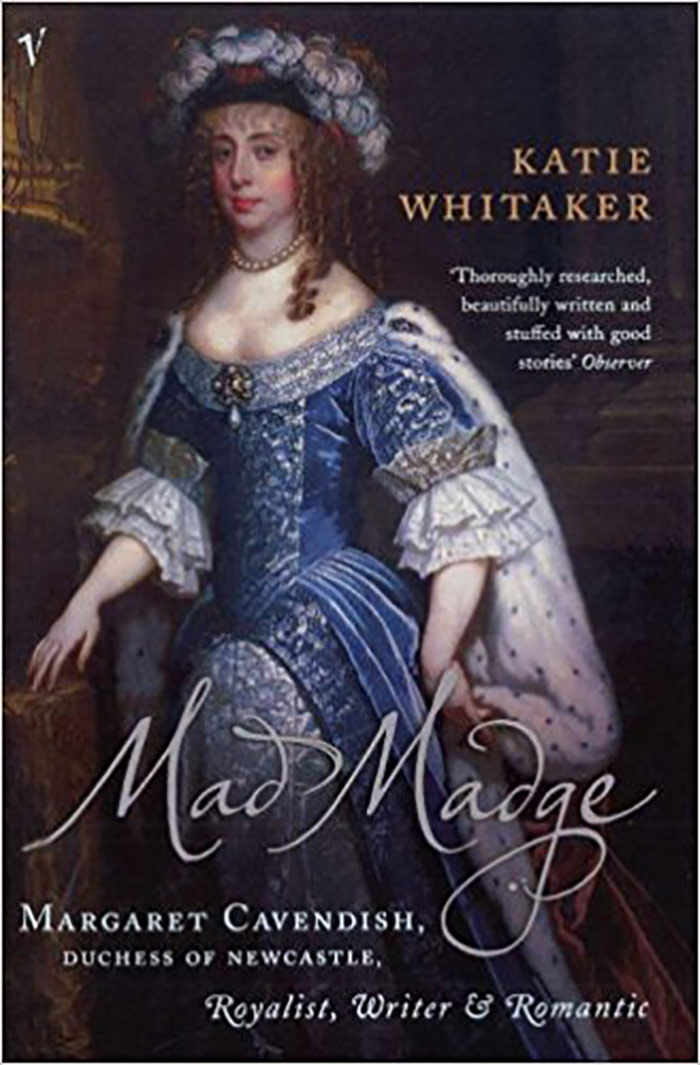 Mad Madge designed her own clothes and her coach was black with silver decoration. As John Evelyn wrote, gentlemen visitors were ‘much pleased by the extraordinary fanciful habit, garb and discourse of the Duchess’. Born into an East Anglian royalist family in 1623, young Margaret Lucas went into Court service, accompanying the Queen, Henrietta Maria, to Oxford during the Civil War and sharing her hair-raising escape to France in 1644. In Paris, she met and married William Cavendish, Marquis of Newcastle, a great horseman. They lived together in exile for 10 years, as part of the -migr- royalist circle that included aristocrats and the intellectual giants of the day, such as Descartes and Hobbes. Margaret had always loved poetry and philosophy – and now she became a writer. Plays, short fiction, fantasies, ‘science fiction’ and verse, orations, letters, essays, an autobiography and a biography, six philosophical treatises and one utopia – She made her mark as one of the most determined and prolific of female writers in an age when less than one per cent of published work was by women and society was shocked that she dared to publish under her own name.

Katie Whitaker did a Ph. D in the History of Science at Cambridge, where she was awarded the Thirlwall Prize and Medal for the best original research by a young scholar under 30. She has also been a Century Fellow at the University of Chicago where she was awarded an MPhil. She lives in Yorkshire.