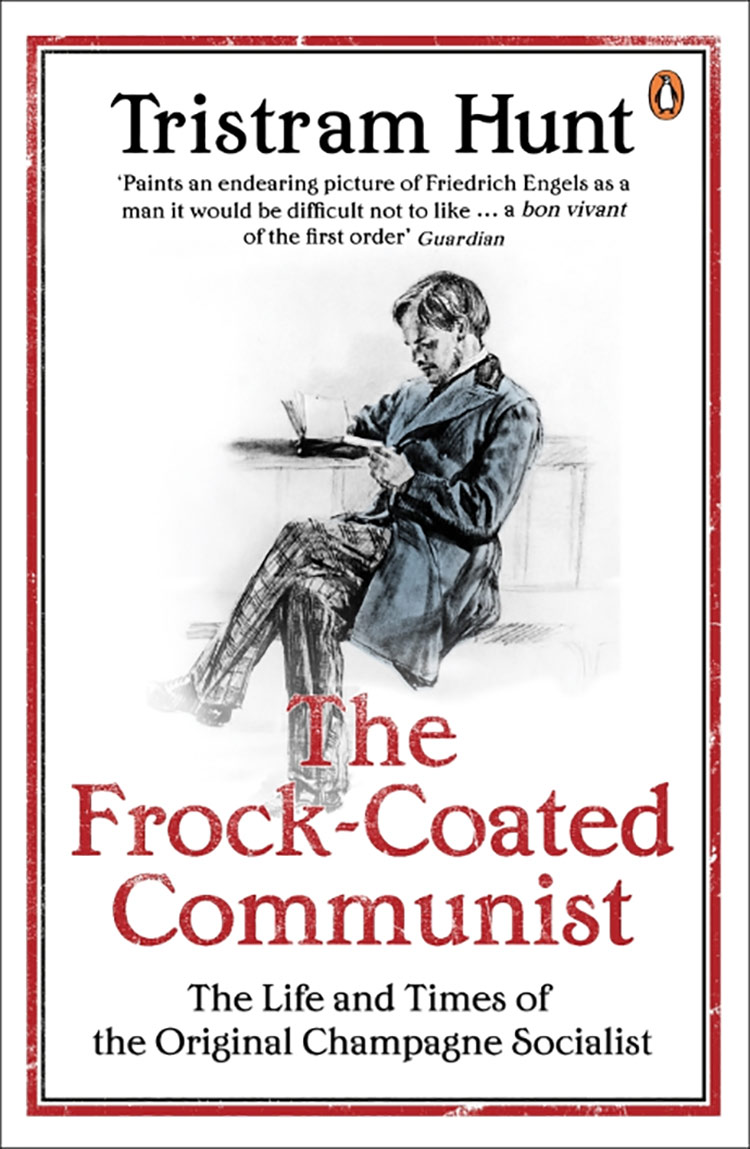 The Frock-Coated Communist: The Revolutionary Life of Friedrich Engels

Friedrich Engels is one of the most attractive and contradictory figures of the nineteenth century. Born to a prosperous mercantile family in west Germany, he spent his career working in the Manchester cotton industry, riding to the Cheshire hounds, and enjoying the comfortable, middle-class life of a Victorian gentleman. Yet Engels was also the co-founder of international communism – the philosophy which in the 20th century came to control one third of the human race. He was the co-author of The Communist Manifesto, a ruthless party tactician, and the man who sacrificed his best years so Karl Marx could write Das Kapital. Tristram Hunt relishes the diversity and exuberance of Engels’s era: how one of the great bon viveurs of Victorian Britain reconciled his raucous personal life with this uncompromising political philosophy.

Tristram Julian William Hunt FRHistS (born 31 May 1974) is a British historian, broadcast journalist and former Labour Party politician who served as the Member of Parliament for Stoke-on-Trent Central from 2010 to 2017. In January 2017 he announced he would leave the House of Commons in order to take up the post of Director of the Victoria and Albert Museum in London. Hunt is a lecturer in modern British History at Queen Mary University of London. He has written several books and presented history programmes on television. He is a regular writer for The Guardian and The Observer.